On January 2 I moved to Iceland with two suitcases and a job contract. My new title: iOS developer at Gangverk, a small company creating iPhone- and Android apps for CBS in the United States. This was the beginning of an amazing year for me, both personally and professionally.

The biggest adventure was of course the move to Iceland with almost nothing. For the first few days I lived in a small apartment one of Gangverk's founders had secured for me. It was great to have a place waiting for me when I came to this new country, a good place to start looking for something I could make my own. Within a week I moved to a huge apartment with three roommates and my social life improved dramatically. It was also really helpful to have native guides, pointing out stores and places to eat. 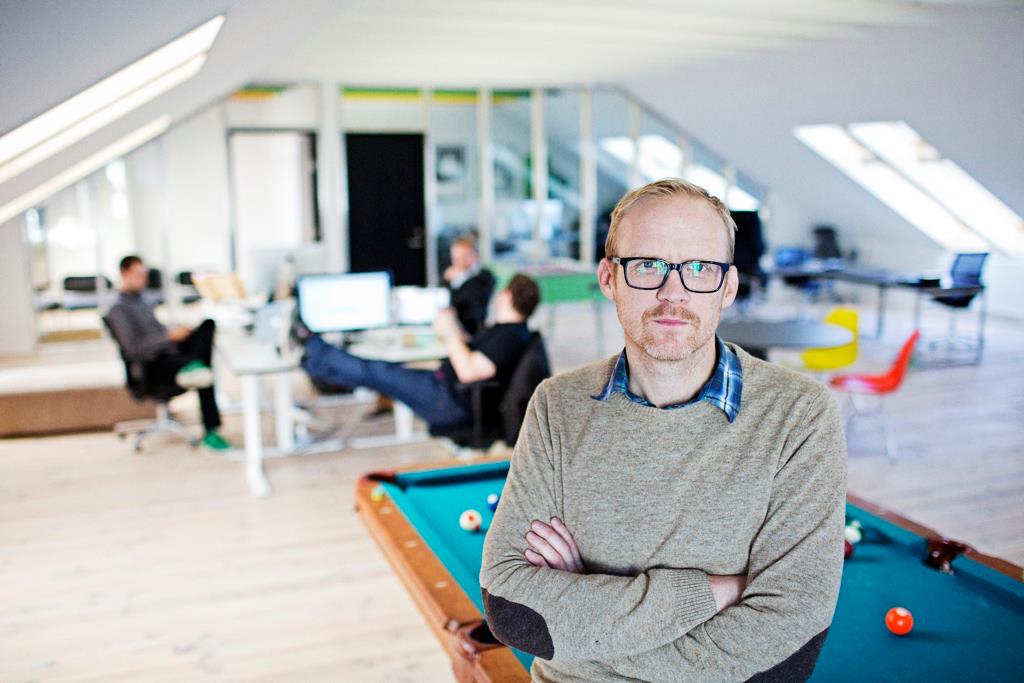 The day after I arrived in Iceland I started on the new job, and my first project was a big one: create the new iPhone app for Radio.com, a CBS owned website with over 400 streaming radio stations. First though, I had to get back into iOS development, and Paul Hegarty's iTunes U course helped tremendously. For people wanting to get into iOS development I can't recommend these videos enough. Radio.com for iOS was released in March and got very nice reviews.

After that I worked on the new MetroLyrics app for iPhone, Tailgate Fan and lastly the official Last.fm Scrobbler for iOS. I am especially proud of the Last.fm Scrobbler, which is an universal app that works on iPhone and iPad. The reviews have been super positive and I can't wait to add more features in upcoming updates.

Life at Gangverk changed a lot in 2012. When I started, it was just four guys, including me. We had a small boring office and not much else. After a couple of months we moved to a new location: the new office is light and big and beautiful (see picture above). We have a soda machine, pool table, foosball table and warm lunches every day in a shared cantina. We lost one of the original four guys, but gained four others. We're growing, kicking ass in Iceland and abroad and loving it. (Oh, and we're hiring.)

While working on all these projects, I was lucky enough to be able to open source some of my code. My first Objective-C repository was raven-objc, an iOS client for the remote logging service Sentry. It was later adopted by Sentry as the official client, and the repository is now hosted under their GitHub account.

For Gangverk, my first open source project was RemoteConfig, making it really easy to load in a remote JSON file with some config values, with locally defined default values. While it's not very popular on GitHub so far, at Gangverk we're using it in literally all of our projects.

My most popular open source repository so far is GVUserDefaults, enabling NSUSerDefaults access via properties. Right now it has over 175 “stargazers” on GitHub, and increasing every day. Other open source projects for Gangverk include LastFm, the Last.fm client SDK our Scrobbler app was built on, AdMarvelContainer and GVMusicPlayerController.

I've also revived an ancient project of mine: dmmjobcontrol. It's a TYPO3 extension for showing jobs on your website. I've created it in 2007 while working for a company in The Netherlands. After I left the company, the extension was never updated again, so after 5 years I've adopted it under my own name. It was weird to get back to old PHP code, but it felt good to release a much needed update to the community.

This website was rebuilt as a statically generated site, I'm very happy I dropped all that code and am now server-free, saving me about $215 per year.

Other bits and pieces

I've switched browsers yet again, I am now back to using Safari full time on all my devices due to the excellent iCloud features (even though the annoying page refreshes still happen when you two-finger-swipe back a page).

In 2012 I also bought an iPad 3 (and was disappointed when the iPad 4 was announced so soon after) and got an iPhone 5 from work, upgrading from an aging iPhone 4. The larger screen is very welcome, and the improved camera makes a big difference. For me the biggest change is how thin and light it is though. I couldn't be more happy!

When Mountain Lion was released I tried to upgrade my computer and ended up with a corrupted hard drive, forcing a complete format and reinstall. That wasn't a lot of fun.

I haven't touched Python or Django in nine months, and to be honest I don't really miss it. I do miss the front-end side of creating websites, but I am having so much fun with creating apps that I rarely think about creating sites anymore.

On the personal side of things, I celebrated my 30th birthday in February and missed my friends (and cheap beer) quite terribly. More importantly, I got an Icelandic girlfriend and moved in with her in November. We took a short holiday to The Netherlands together where she met my friends and family. And had cheap beer of course :) I think I've had the most hamburgers and hot-dogs in a year ever, Iceland's secret obsessions.

I've finally started to get my drivers license, and I can't wait to drive around the country. While Reykjavik is a nice enough city, it's not particularly beautiful and it's getting a bit boring. Iceland's landscape is waiting for me to explore it!

In 2013 I'd like to travel around the country, create my own iOS game and redo my personal website. And of course I'm looking forward to another year at Gangverk, I can't wait to work on all the projects that are lined up. I don't think it can possibly top 2012, but I'm sure it will be awesome and I'm happy for it to prove me wrong :)

I did fail rather spectacularly at blogging this year, so my resolution for the new year is to improve this. One post per week maybe? At lease one per month!